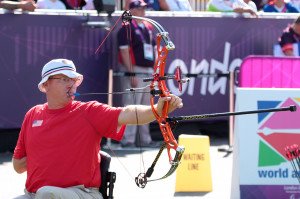 He became disabled after he lost most of his right arm and right leg in a motorcycle accident when he was 15. He credits his wife for getting him into the sport. He is also the father of two children.